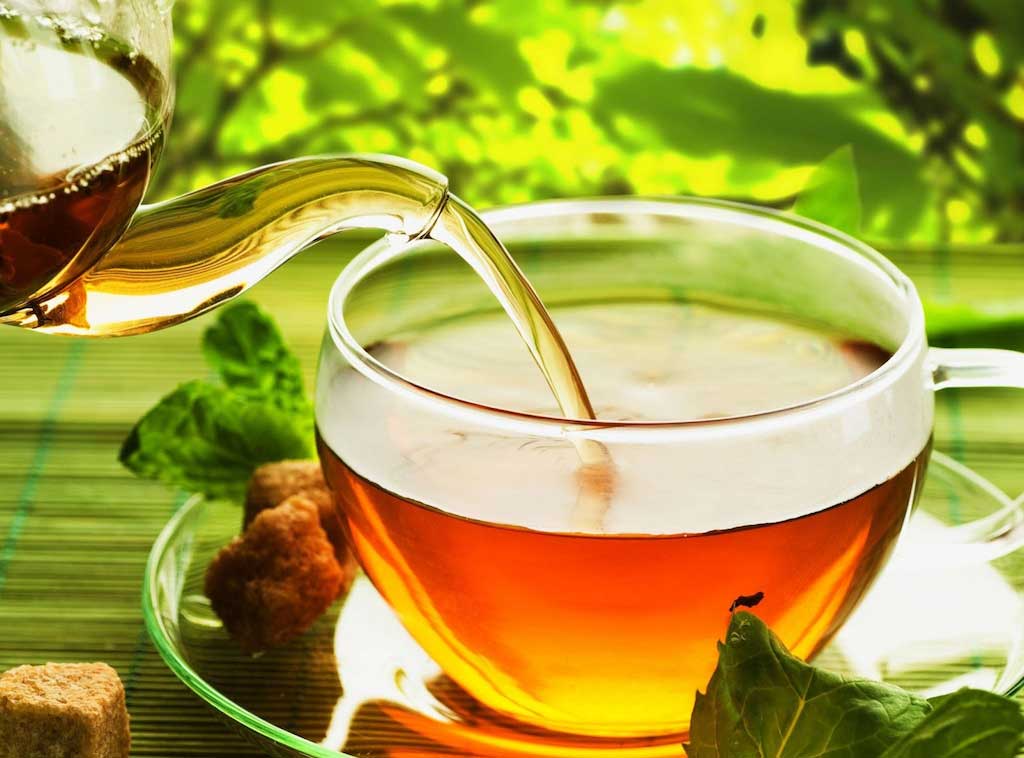 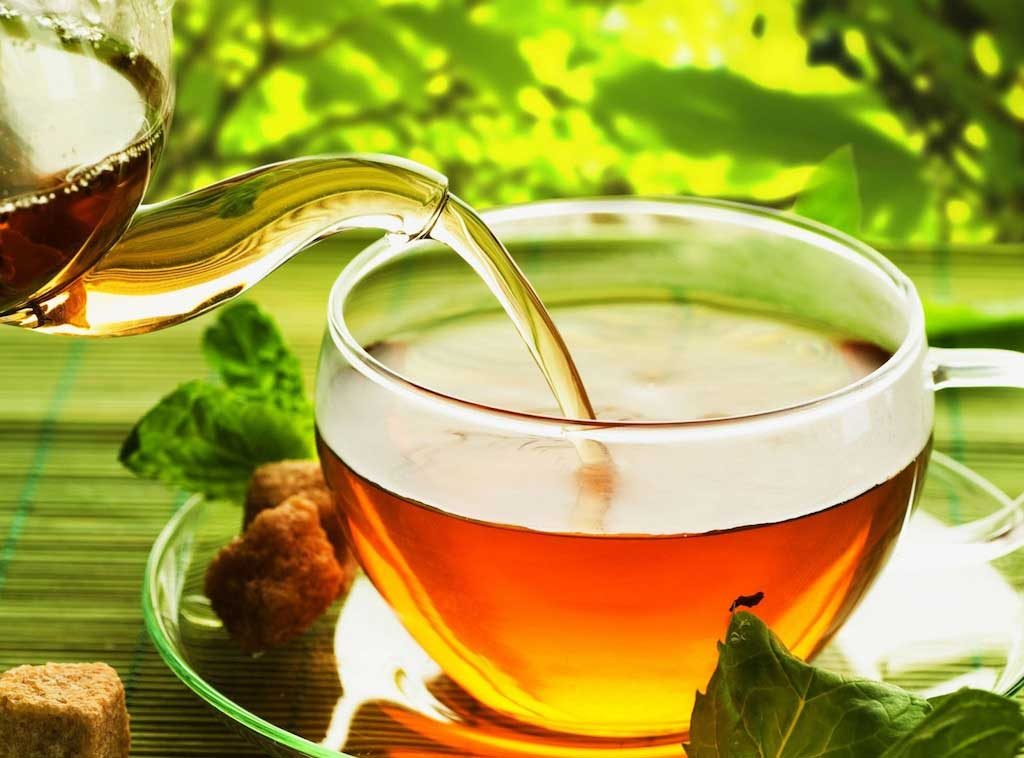 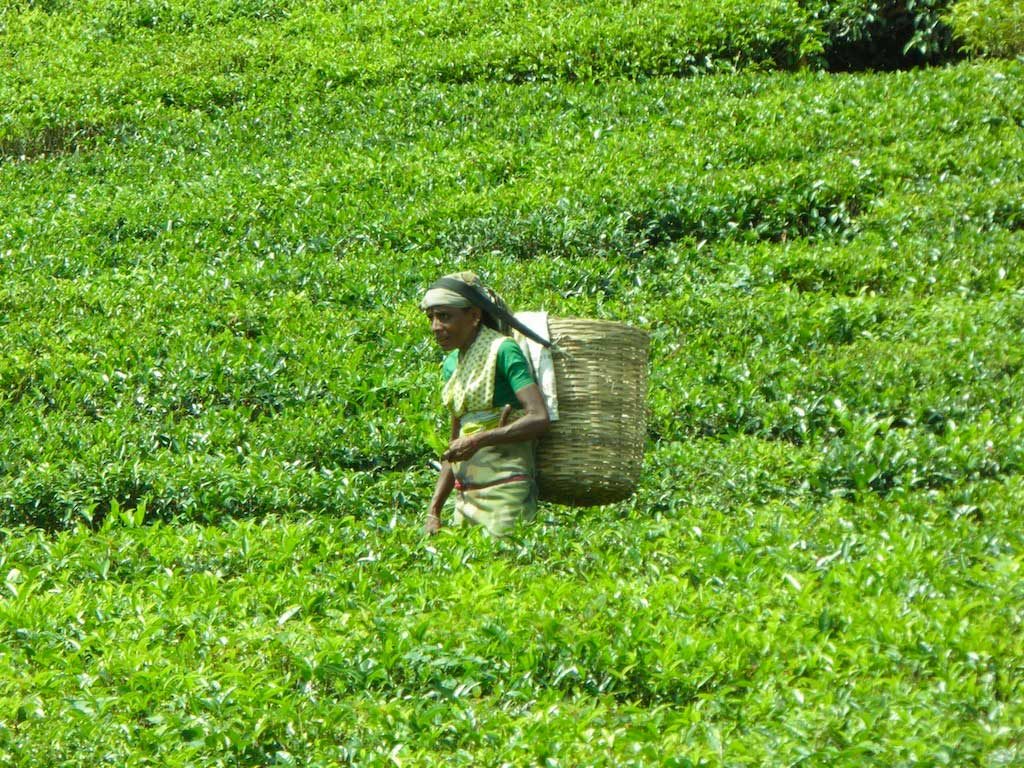 Sri Lanka (then called Ceylon) was introduced to Tea in the 1800’s by James Taylor, he began a tea plantation in Kandy and started manufacturing tea. He made his first sale in kandy and thus began the growth of the tea industry in Sri Lanka. 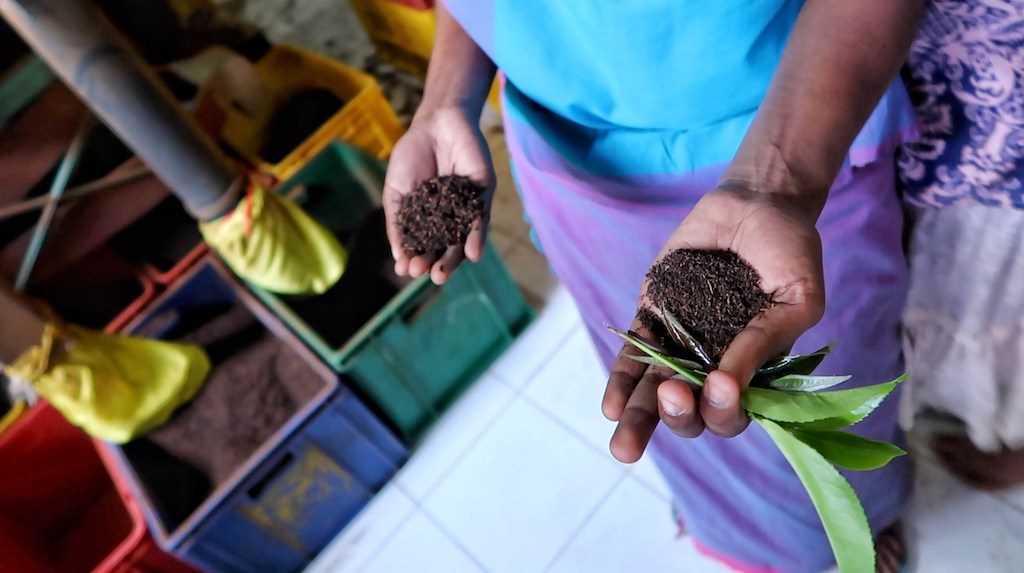 The ideal climatic conditions play a major role in the success of the growth of tea in Sri Lanka. 4% of the country’s land is covered by tea plantations. The main tea growing areas are Nuwera Eliya, Kandy, Central Province, , Bandarawela, Haputale, Uva Province, Galle, Matara, Southern Province, Ratnapura, Kegalle, Sabaragamuwa Province. The best tea are gathered from late June to the end of August in the eastern districts and fron the beginning of February to mid March in western districts.

Skilfully plucking the tea leaf is essential to the final quality of the tea, the two leaves and a bud, that is where the flavor and the aroma of tea is present, and this is plucked by women. Sri Lanka id one of the few countries that each leaf is plucked by hand instead of machinery, if they were to use machinery some of the coarse leaves as twigs would be mixed with the proper leaves which could destroy the flavor of the tea. The skillful women pluck around 15 to 20 kilos of tea leaves to be weighed and sent to the nearby tea factories. 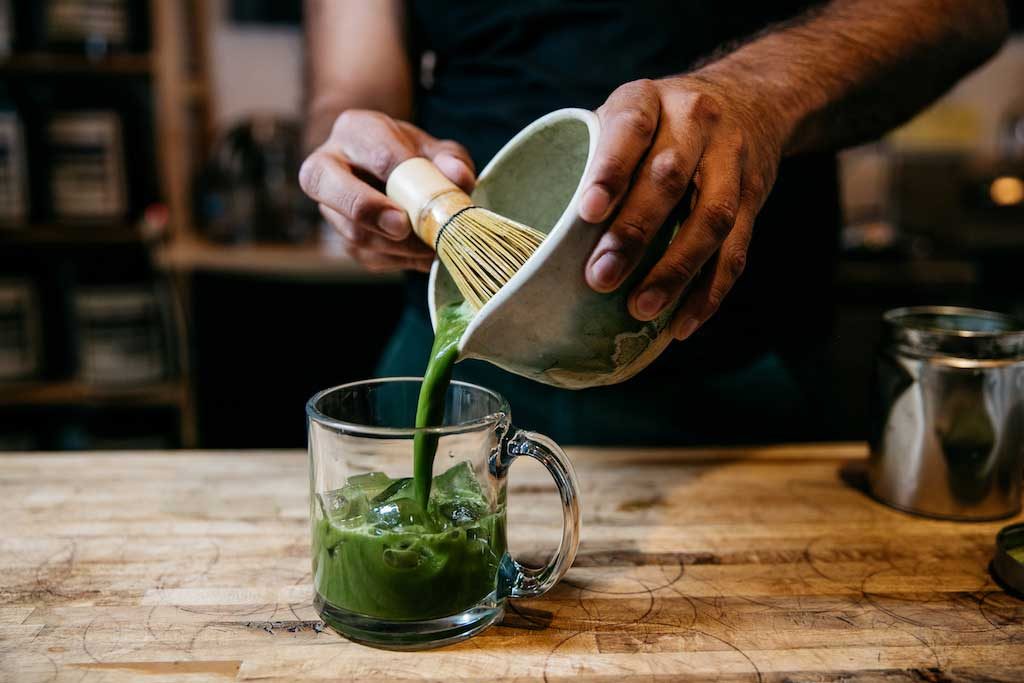 Ceylon Black Tea is the most famously known tea around the globe. The high-grown black tea has a honey golden liquor and light and is among the best teas which has a distinct flavor, aroma and strength. The low-grown teas has a burgundy brown liquor and stronger in taste. And the mid-grown teas are strong, rich and full-bodied. Ceylon black tea is famous around the world and is used as the base for many blends such as Earl Grey tea, and many other fruit flavored teas.

Black tea is not the only tea produced, Ceylon green tea is mainly grown in Idalgashinna in the Uva Province. The Ceylon Green Tea generally has a fuller body, and has a pungent, malty and nutty flavor. Green tea in Sri Lanka has its own characteristics, they are darker in both the dry and infused leaf, and has a rich flavor different from other green teas. Much of the green teas produced in Sri Lanka has an acquired taste and are exported to the North African and the Middle Eastern markets. Other than the Black and the Green tea Sri Lanka specializes in White Tea which is also known as ‘silver tips’. This is one of the priciest teas in Sri Lanka, price of a kilo of White Tea in higher than that of Green and Black tea. White Tea was first grown in Nuwera-Eliya. The tea is grown, harvested and rolled by hand and the leaves are dried and withered in the sun. it has a delicate and light liquoring and contains notes of pine and honey and a golden coppery infusion. 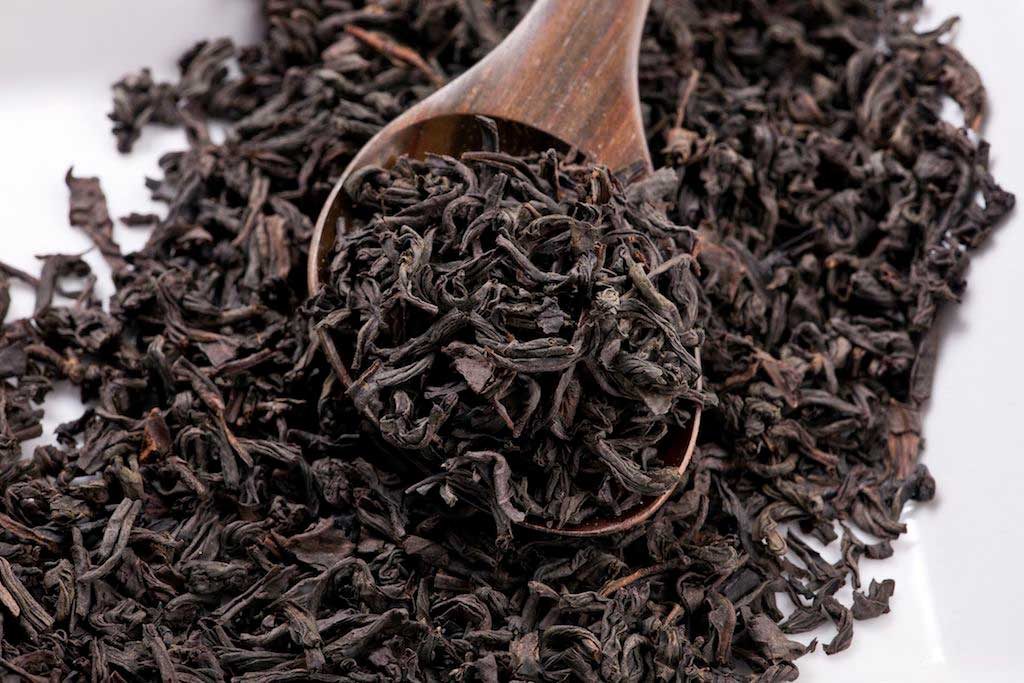 Ceylon Black Tea has many health benefits. It is known that Ceylon Black Tea contains less caffeine than coffee and is an excellent booster for your immune system. Black tea is known to be an excellent defense against cancer, the theaflavins and the thearubigins present in black tea are well known anti-oxidants that help to fight free radicals that can damage DNA which causes cancer in your body. Consuming black tea regularly can decrease your chances of heart diseases. The anti-oxidants found in black tea can help in lowering cholesterol levels inside blood vessels, thereby avoiding high blood pressure and strokes. These anti-oxidants can also help in reducing the size of tumors. Like green tea, Ceylon Black tea helps in mental alertness and acuity which is a result of an increase of alpha-wave activity in your brain. The daily consumption of black tea is helpful in keeping you safe from viruses and bacteria and it also reduces the chances of you catching influenza and boosts your immune system to prevent you catching any other diseases. Ceylon black tea is also know to reduce stress in you system. 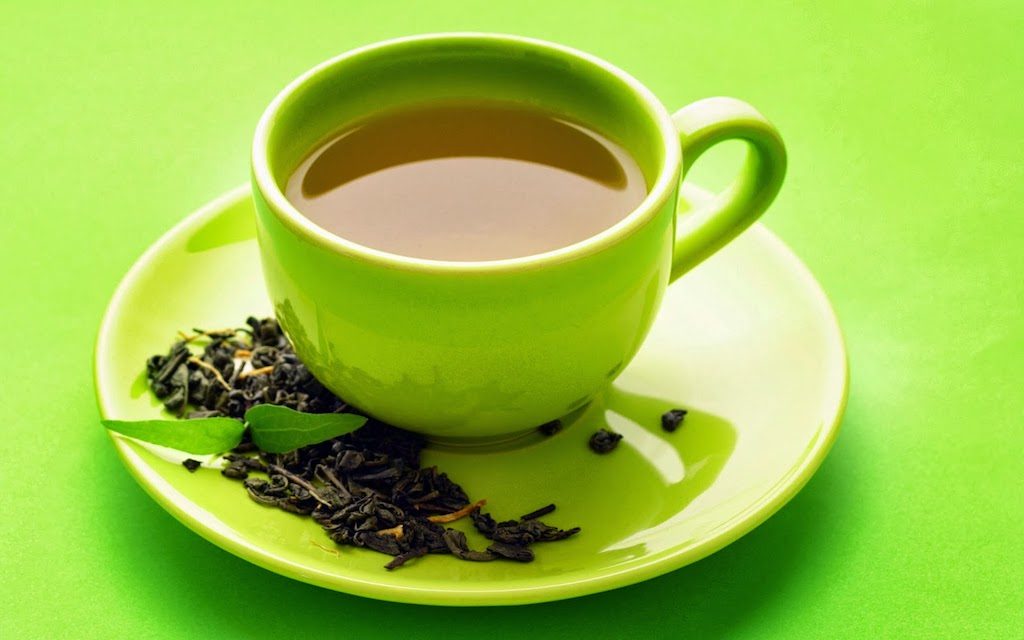 As we now know that Ceylon Green Tea has a stronger flavor, it is safe to say that it contains copious amounts of anti-oxidants, more than black tea for that matter. Green tea is famously known to increase your metabolism which ultimately results in burning unwanted fat in your body. Green tea has a vast amounts of anti-viral and anti-bacterial qualities. Its daily consumption has proven to reduce osteoporosis. The anti-oxidants found in green tea has been proven to help reduce bone loss and in turn increase bone building muscles. Green tea is also known to reduce oral health problems. The catechins present in green tea can kill bacteria and viruses that causes soar throats, dental cavities, gum diseases, and bad breath. Green Tea improves brain functions and protects your brain during old age. The catechins present in green tea has protective effects on neurons which in turn can reduce risk of Alzheimer’s and Parkinson’s. Green tea is also know widely to reduce risk of heart diseases and cancer. The catechins found in green tea stalls cell mutation and reduces the risk of tumors being formed. Like wise these catechins also help in relaxing your blood vessels and giving it an even flow and prevents clots from forming which reduces the risk of heart attacks. 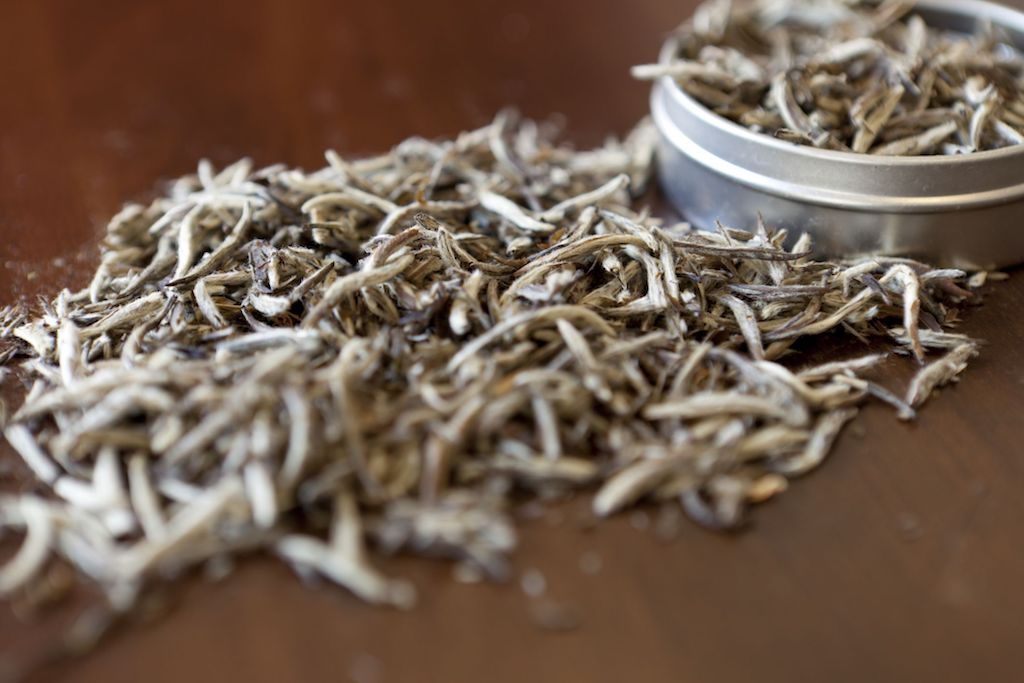 The amount of caffeine present in White tea is less compared to green and black tea and has more anti-oxidants. Since white tea is processed less it has all the nutrients in tact and is the healthiest of teas. The health benefits are similar to that of green tea but its effectiveness is doubled due it the nutrients present. White tea can help you reduce stress and anxiety this is due to the amino acid called Theanine. It can calm your nerves and is also well known o prevent depression. Like Green Tea, Ceylon white tea is also a great fat burner, the rich amounts of poly phenols help reduce fat accumulation and increase your metabolism. Just like green tea, it is also helpful in reducing risk of heart disease, lowering levels of cholesterol, help build stronger bones, and kills bacteria and virus present in you body. White tea has properties that help in reducing your blood sugar which in turn reduces risk of diabetes. 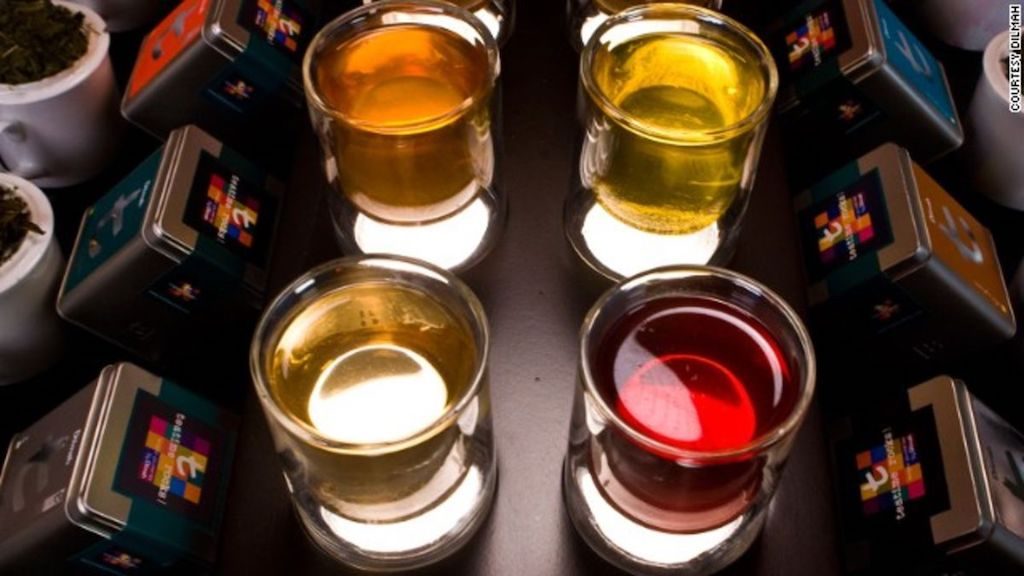 So, when travel Sri Lanka, it would to consider for Sri Lanka tea tasting experience. 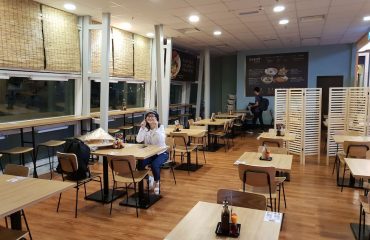 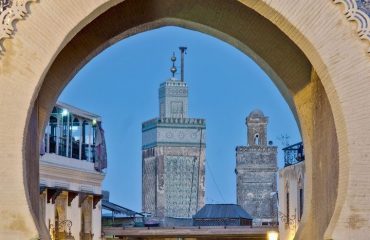