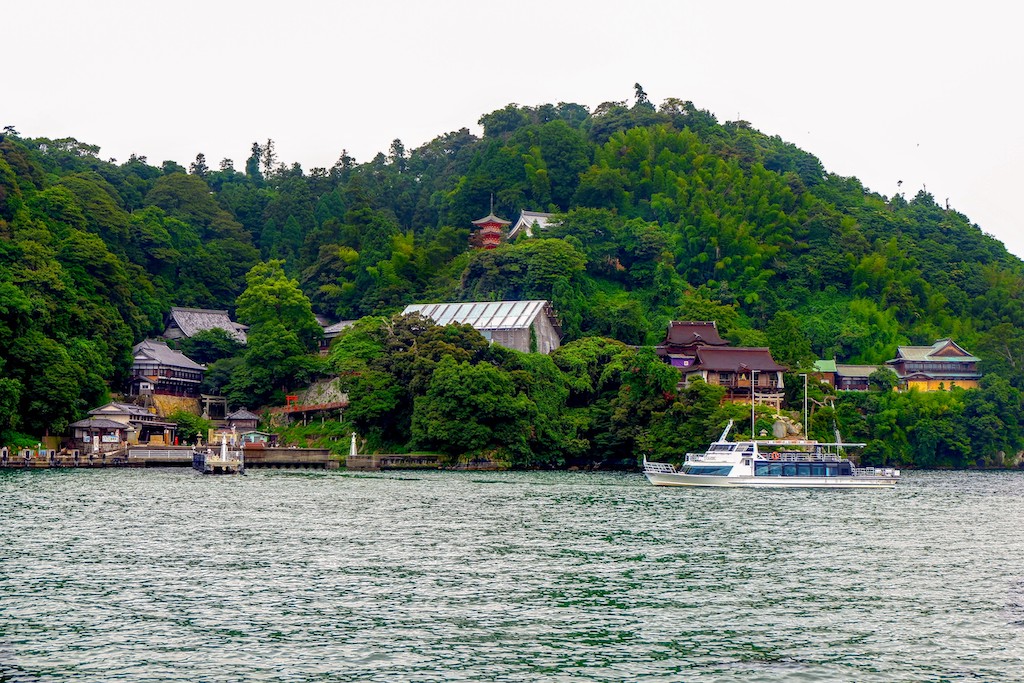 Our Hikone (彦根) trip got two main travel objective. One is visit Hikone castle (彦根城), and another one is to visit Chikubu Island (竹生島) located inside the Lake Biwa (琵琶湖) (the largest freshwater lake in Japan). Chikubu Island being name as Eight views of Lake Biwa (琵琶湖八景之一竹生島) since ancient time. We choose to come here mainly for the Island of Gods (the island is being name it in the ancient time). In legend, the lake had dragon stay, and in the middle of the lake island is the place gods stay. For the The Saigoku Kannon Pilgrimage (西国三十三所), as one of the Buddist temple Hogon-ji Temple (宝厳寺), aka temple number 30/33 , as I do keep the dedicated prayer book (納経帖) to collect temple stamp. In additional can also cruise Lake Biwa and visit another Shinto Shrine Tsukubusuma-Jinja Shrine (都久夫須麻神社), also known as Chikubu Shrine (竹生島神社).

Got two way to access this island by ferry by either of the port from two city. Since we stay at Hikone, it make practical sense to take ferry boat from here to the island. We walk to the Hikone train station (from hotel we stay), as from here can take the free shuttle bus to the ferry port. It will be can use the same free shuttle bus from the port back to the train station.

Below the trip journal 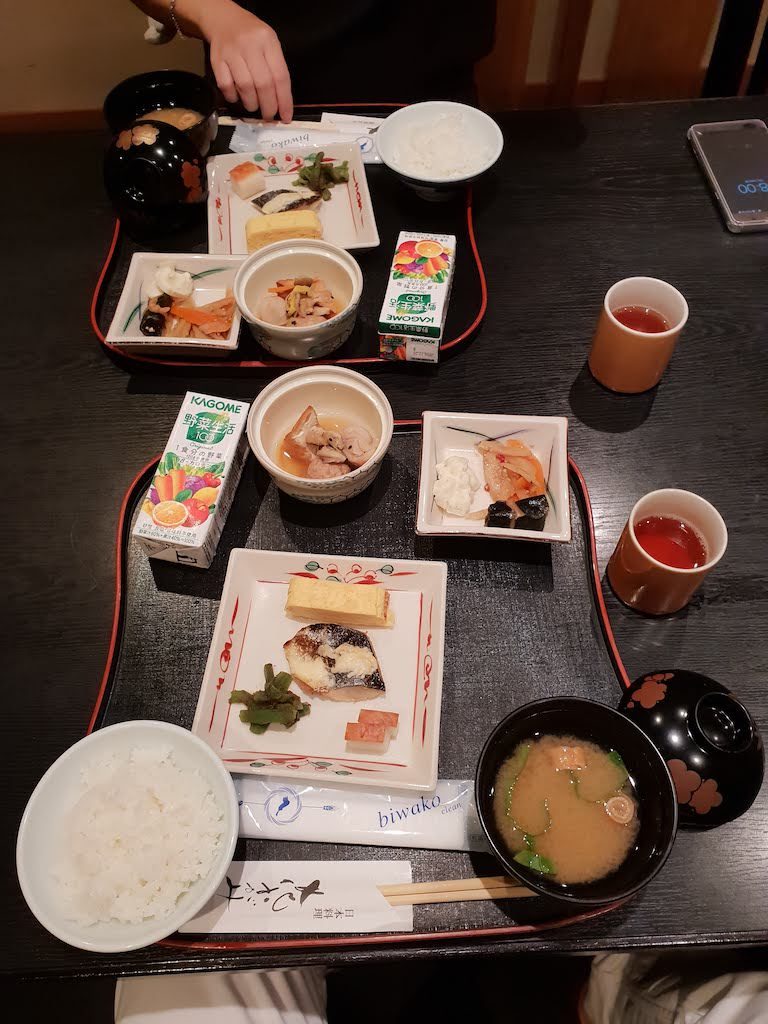 Simple Japanese breakfast include as part of the hotel stay package, so no need to wake up and found the place to take breakfast. 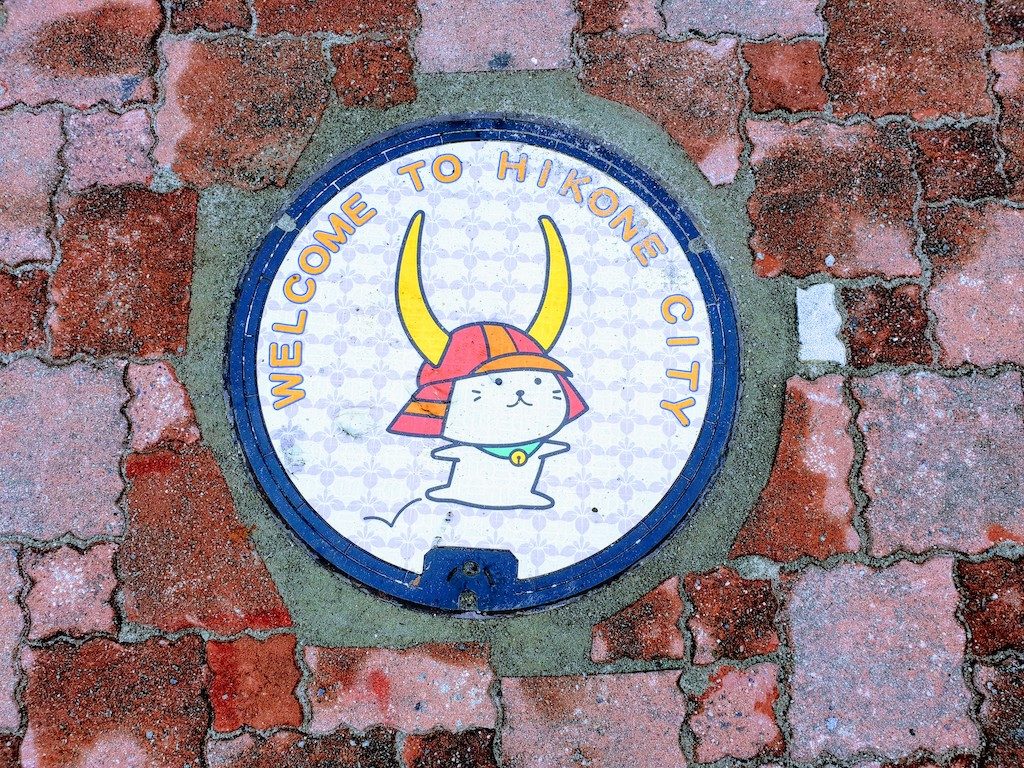 On the road walk to the train station (to take free shuttle bus to the port). No many will in the color form, it indeed sharp and eye catching when you pass thru it. Hikone city iconic character Hikone cat. 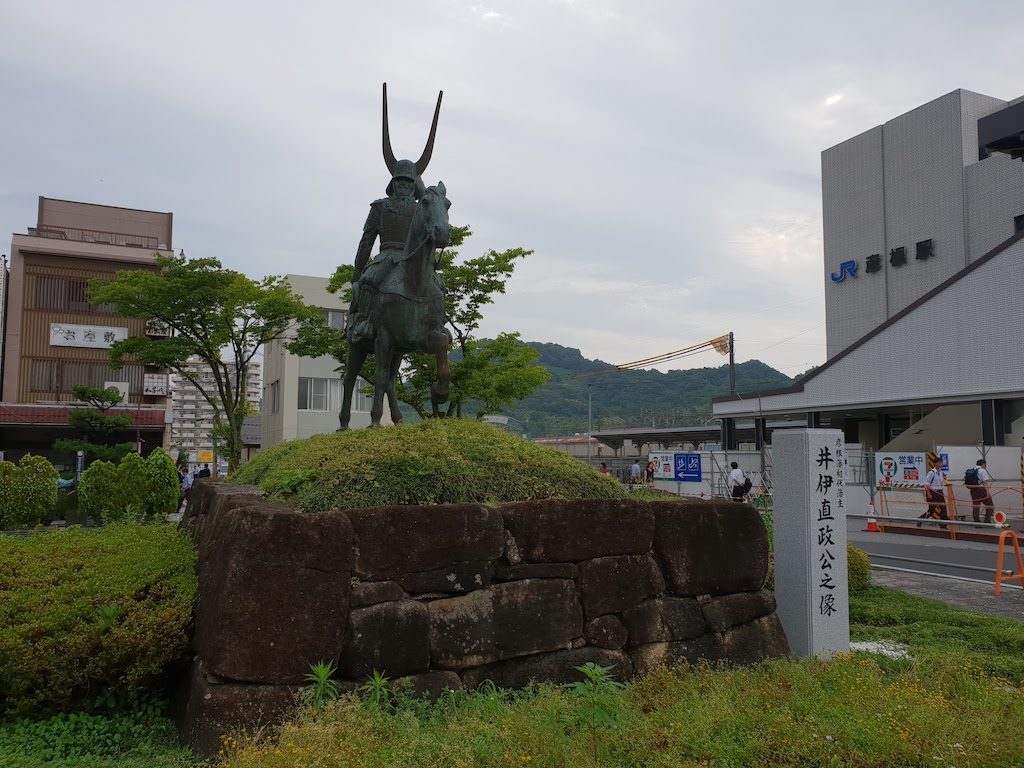 Hard to be miss sculpture since just stay outside the train station. 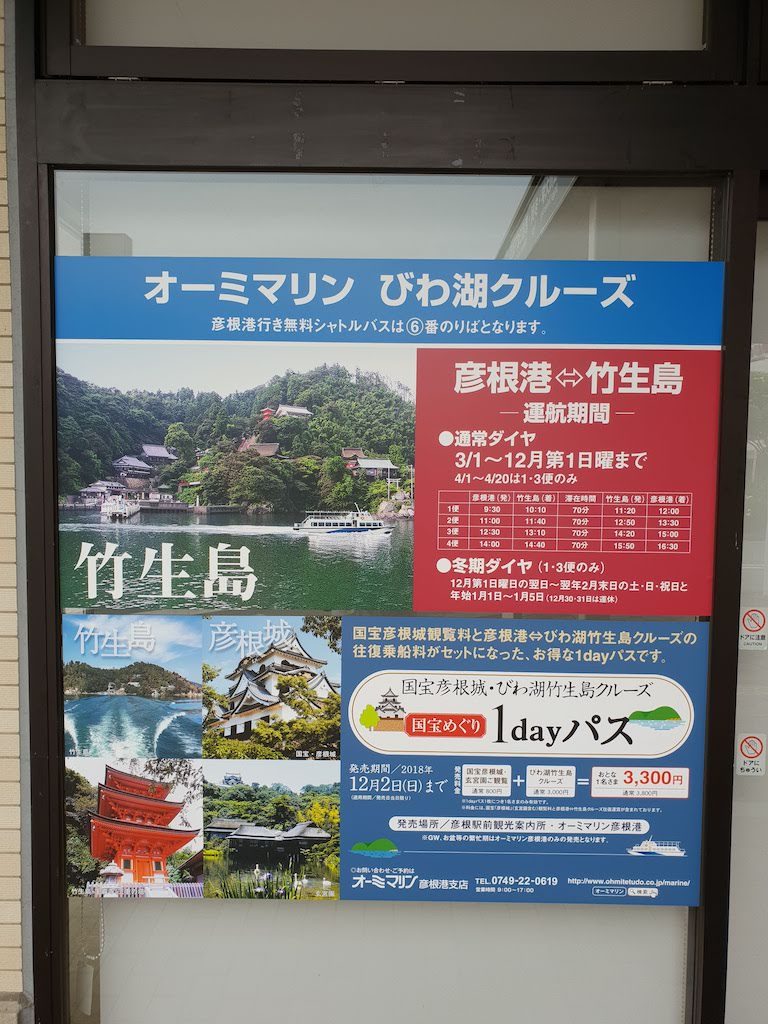 Finally saw the signboard regard the time table for the free shuttle bus. 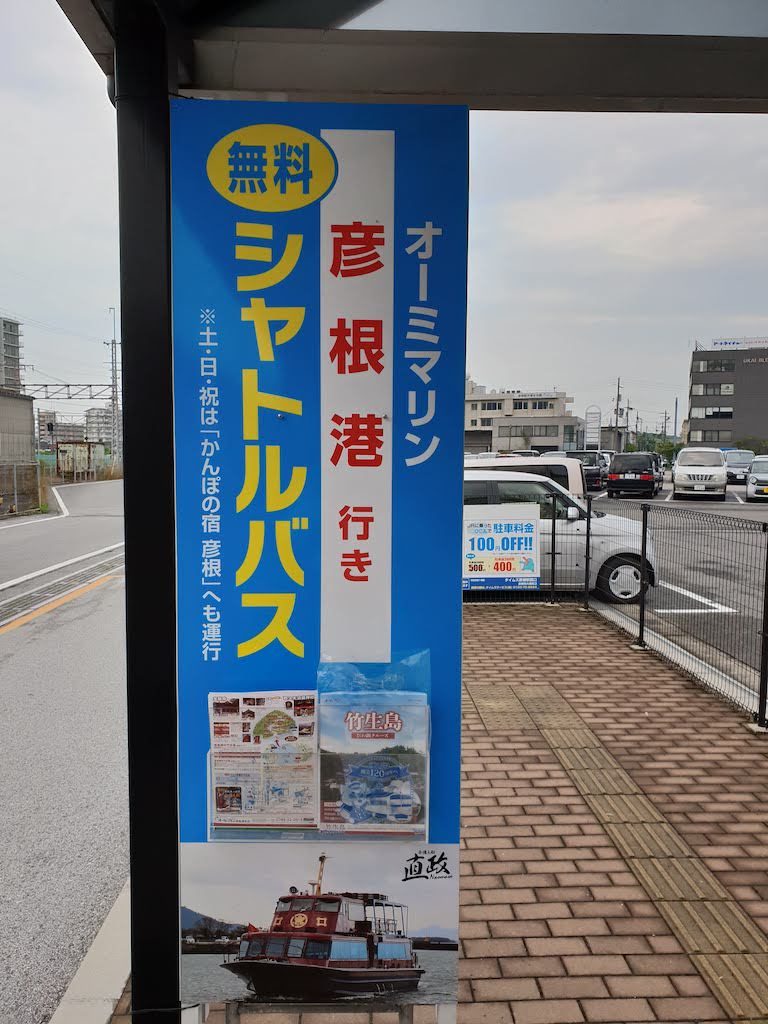 And place for waiting for the free shuttle bus, hard to be miss, since it so obvious. 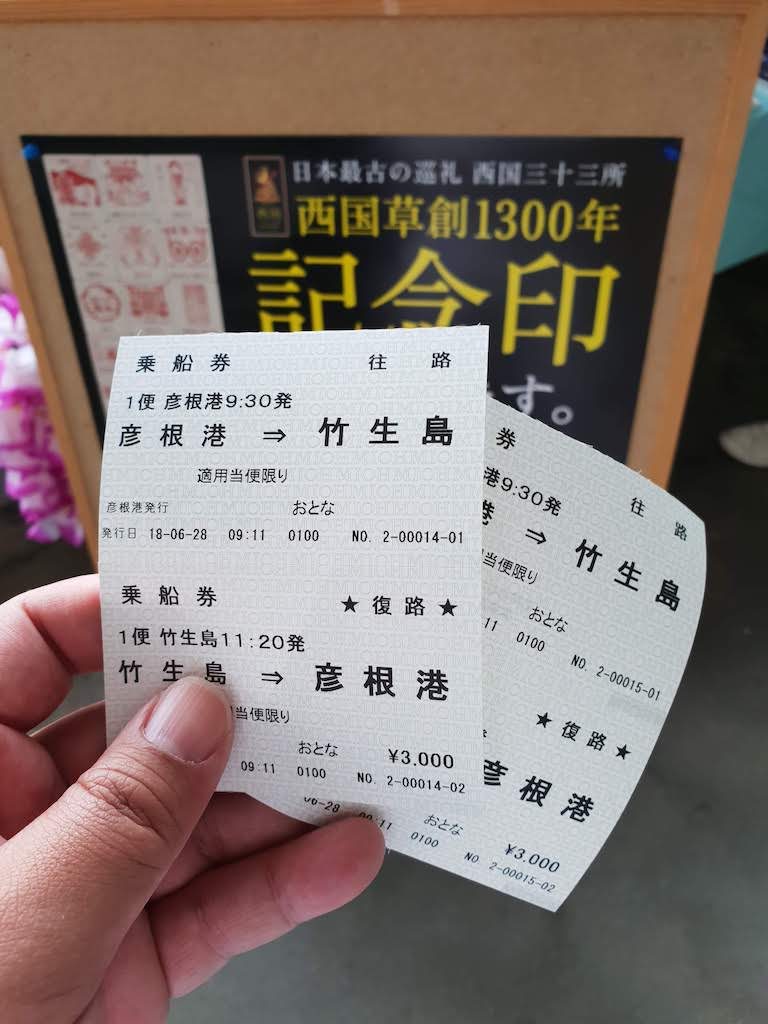 Upon arrival of the port, go counter to buy two way tickets. 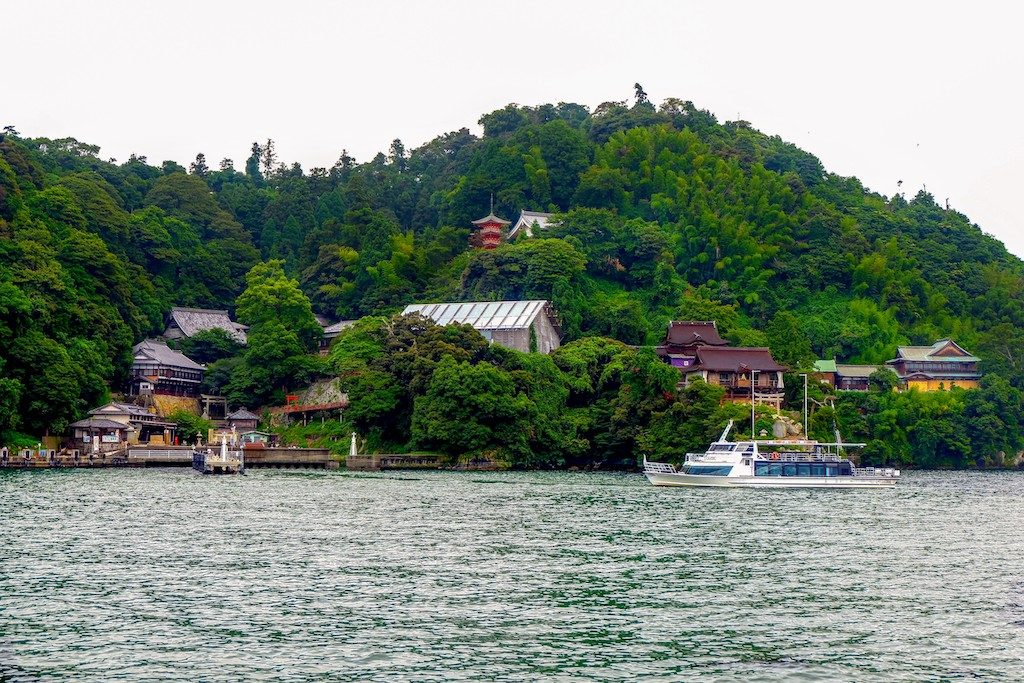 First sight of the island from the ferry boat, when arrived.

First thing when land the island, is direct take the long stair case and all the step to visit the temple first located at the hill. This is the primary objective to come here for the first place.

It is a Buddhist temple dedicated to the goddess Benzaiten (弁才天,弁財天, a Japanese Buddhist goddess, who originated from the Hindu goddess Saraswati. Also known as one of the Seven Gods of Fortune 七福神 fukujin. She is enshrined on numerous locations throughout Japan; for example, the Enoshima Island in Sagami Bay ~江島神社~, the Chikubu Island in Lake Biwa ~宝厳寺~ and the Itsukushima Island in Seto Inland Sea ~厳島神社~, this three together name Japan’s Three Great Benzaiten Shrines 日本三大弁才天) . Also, it is said to have first been built in 724 CE under the order of Emperor Shomu (聖武天皇). The temple has been rebuilt a few times over the years, with a major rebuilding around 1602 CE by the Japanese court officials Toyotomi Hideyori (豊臣 秀頼) and Toyotomi Hideyoshi (豊臣 秀吉). The temple looks to be of Amida style architecture. The temple’s gate is originally from the Toyokuni Shrine in Kyoto, but was moved to Chikubu Island during the renovations in 1602. The artwork on the temple’s gate has features reminiscent of the Momoyama Period (1573-1615). 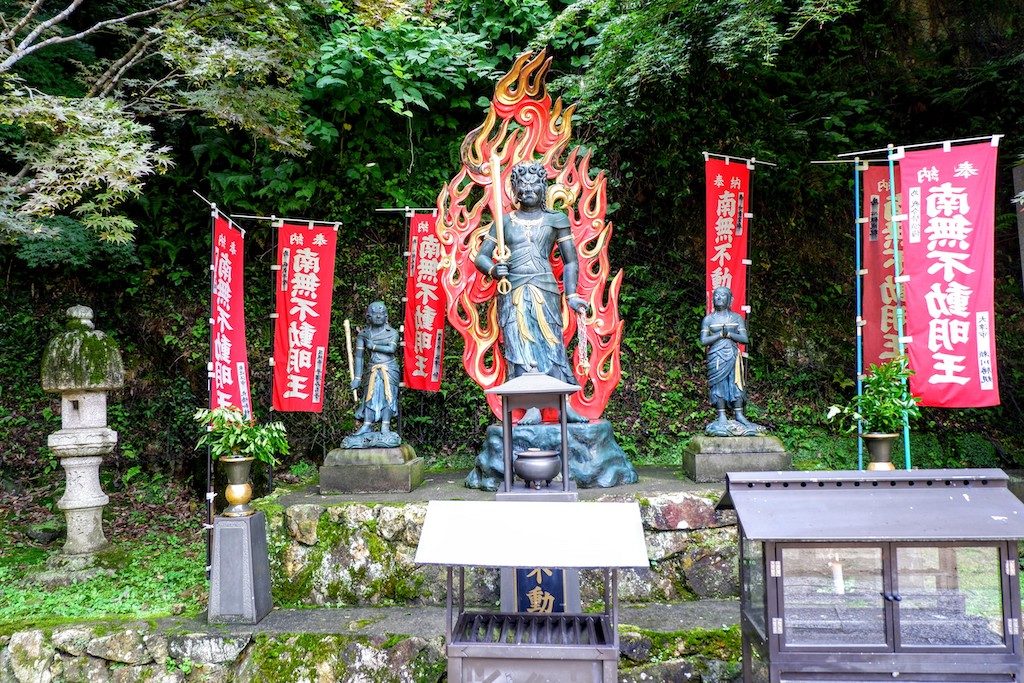 This is eye catching sculpture with blade and fire for this Acala (不動明王) god. 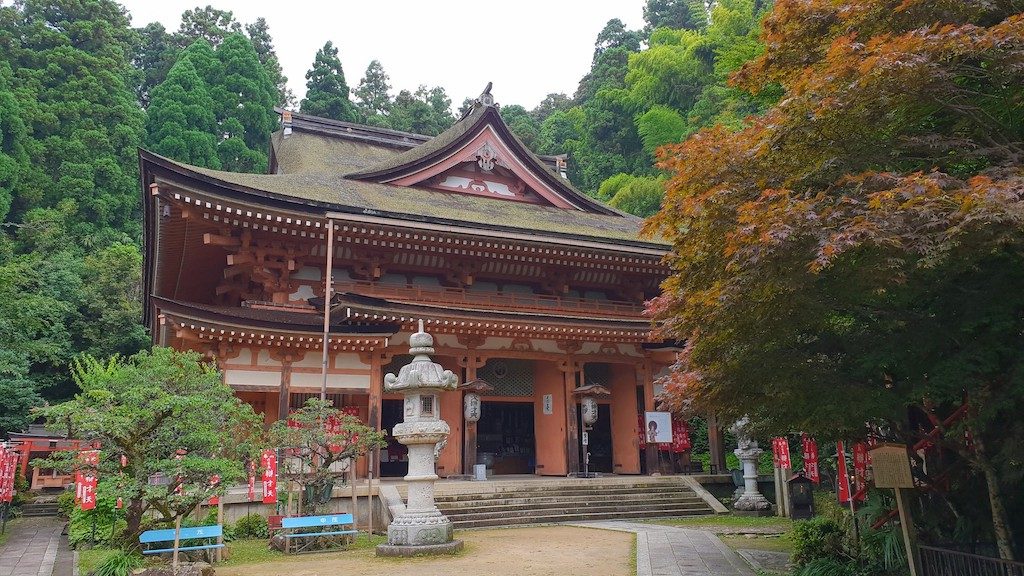 The temple main building after the long stair case. 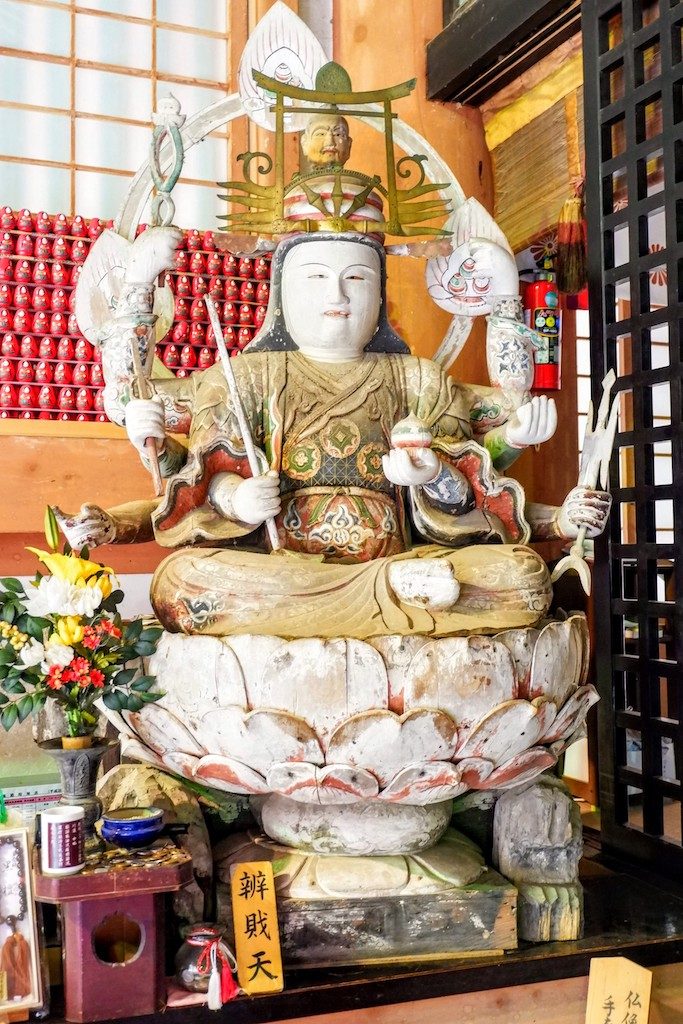 When inside the main temple, will saw the goddes Benzaiten (弁才天) sculpture. 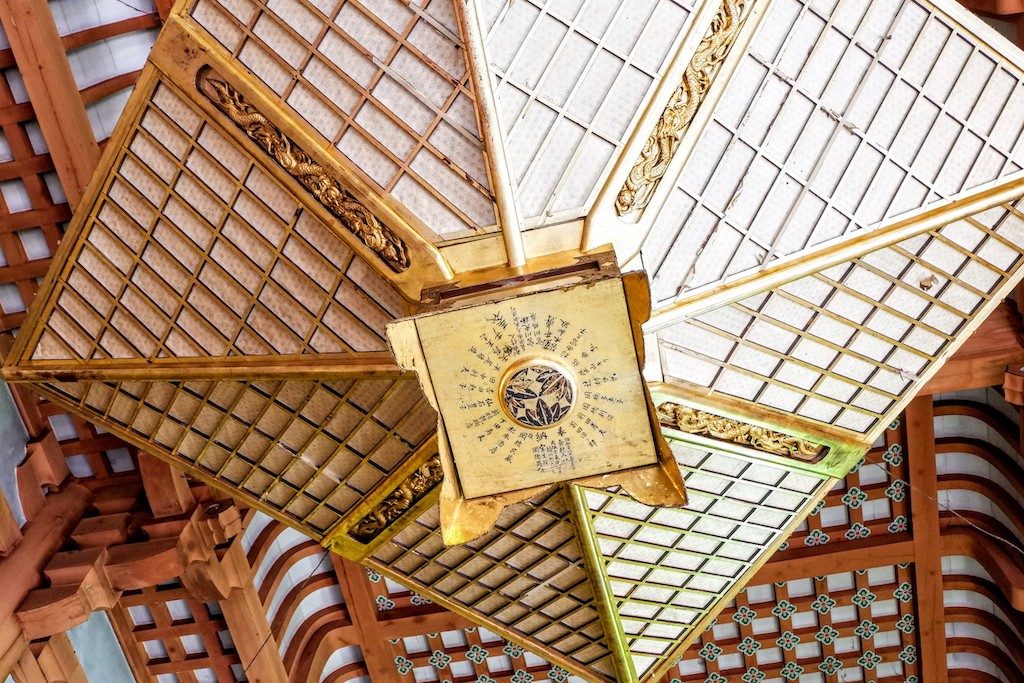 The roof is very impressive. 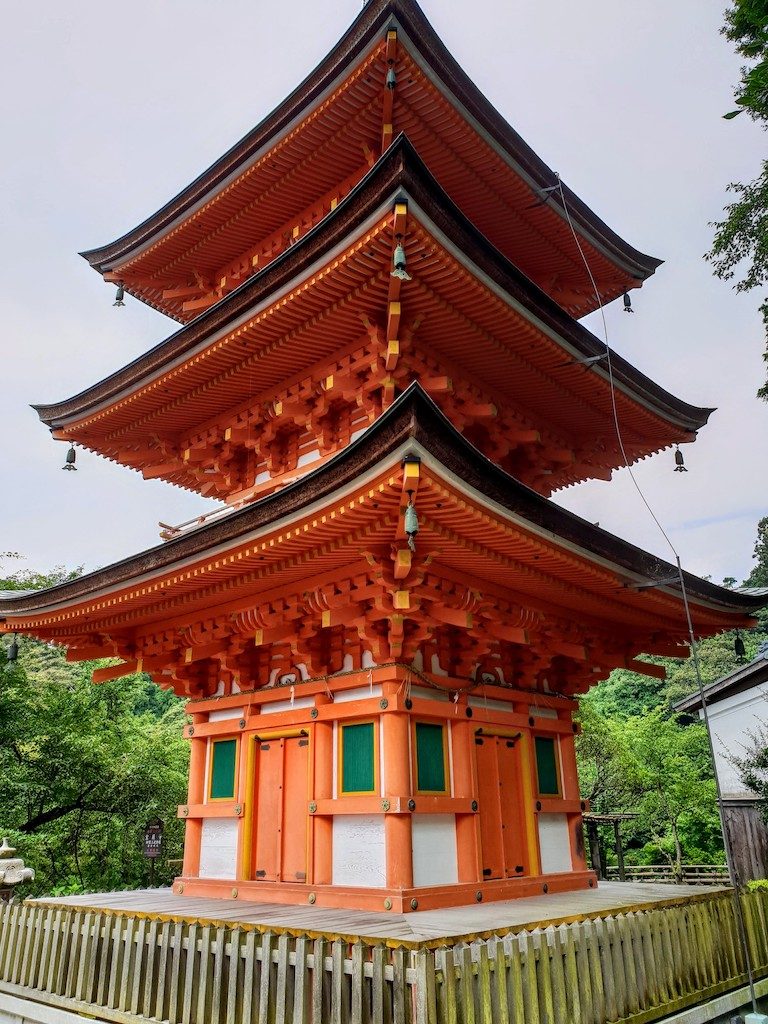 After another round of long stair case, will reach the red pagoda. 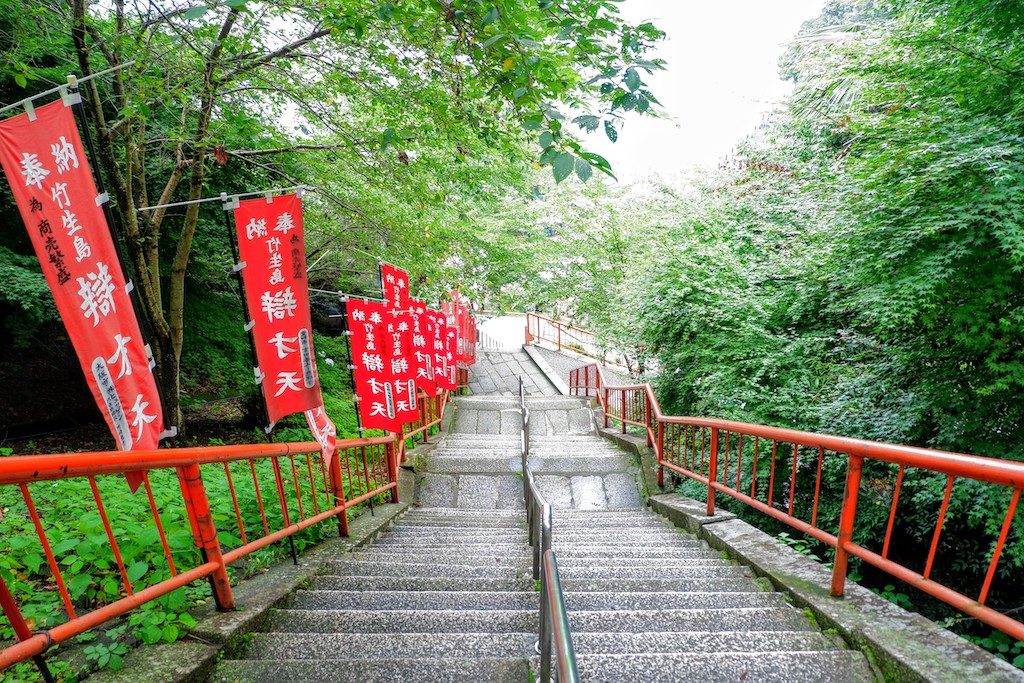 One part of the stair case to go down. Before complete go down till the ground of the island, turn left to entrance Shinto Shrine. 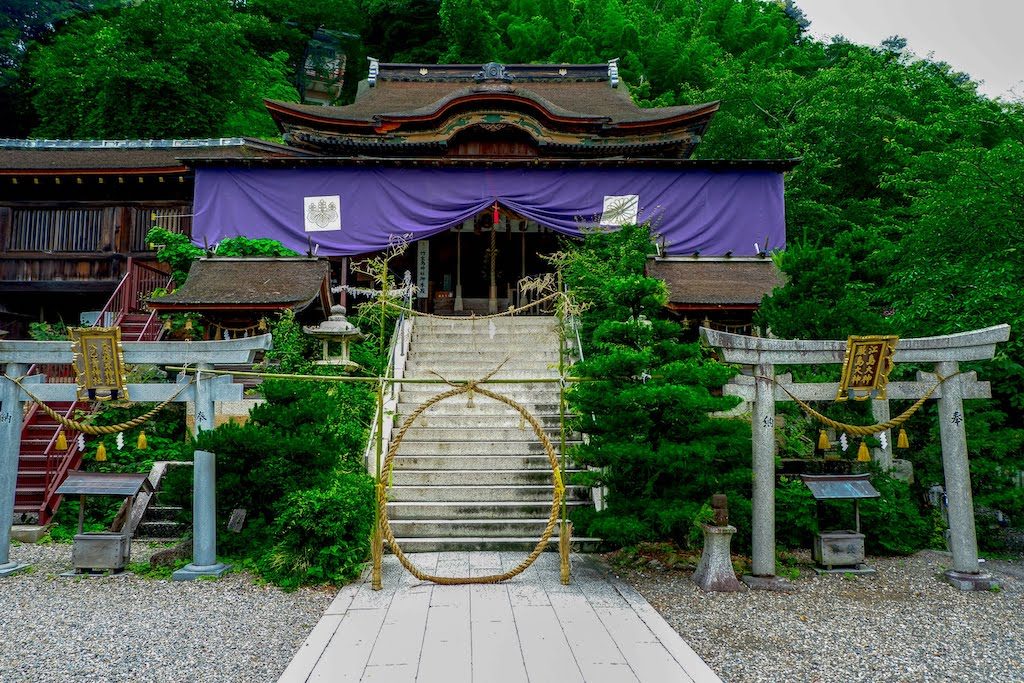 Shinto Shrine Tsukubusuma-Jinja Shrine 都久夫須麻神社, also known as Chikubu Shrine 竹生島神社. When saw around, it more place refer itself as Chikubu Shrine 竹生島神社, only at the main shrine use Tsukubusuma-Jinja Shrine 都久夫須麻神社. Pay a closer look this shrine is enshrine Dragon, snake serpent, as can see surround got lot of snake sculpture. I personally believe that ancient dragon most likely is giant snake serpent. As being name lake with dragon god, so here had shrine related to dragon enshrine is understood. 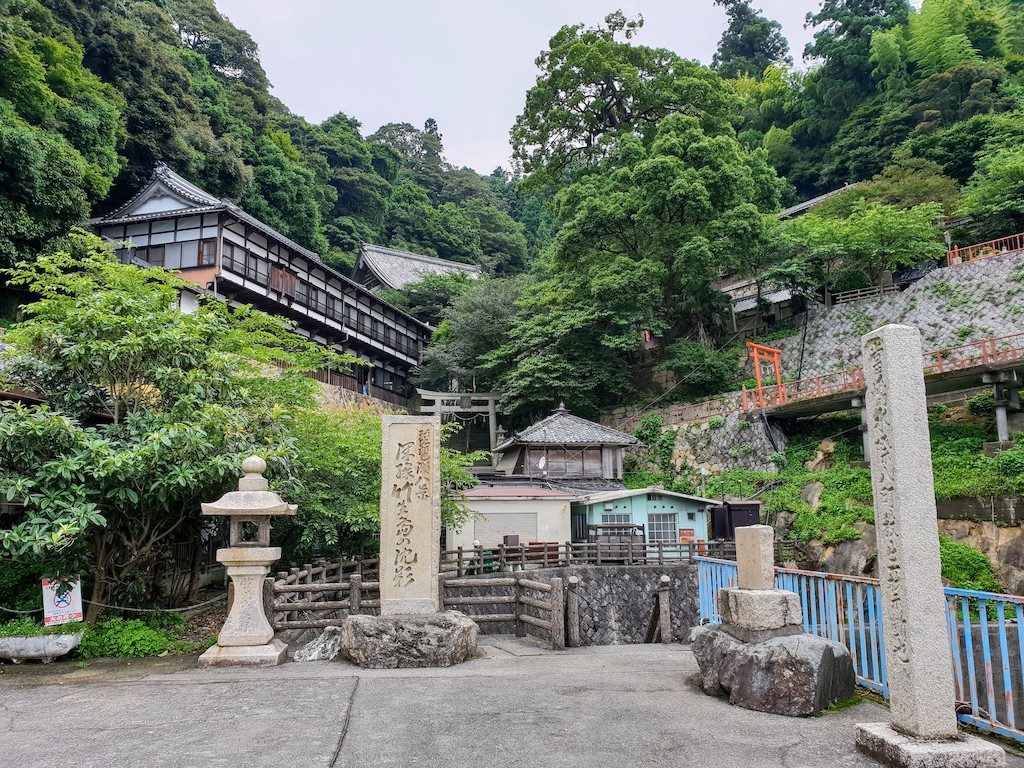 Before leave the island, last shoot from the port. Handing for cool ice cream and wait for the ferry departure time. Upon arrived, wait for the free shuttle bus to back to the train station. Walk to nearby hotel, pick the travel luggage and take the train to next stop – Kyoto. 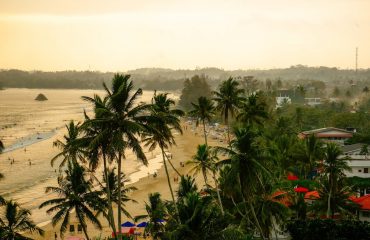 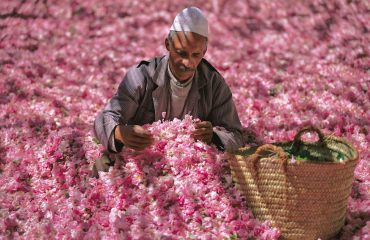 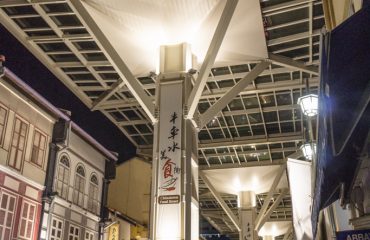