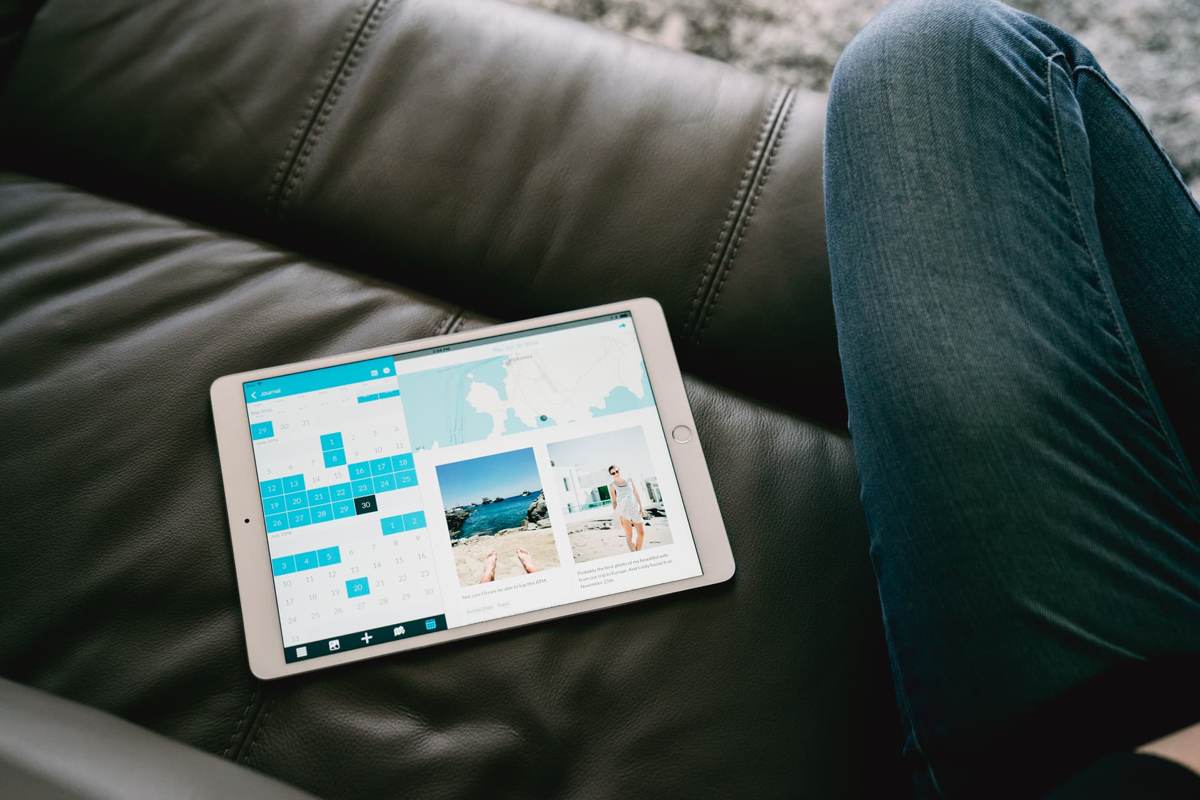 I have been a user of the DayOne journal app since its inception, starting with the iPhone 3 and continuing through to the latest versions on various devices. I purchased the perpetual versions for iPhone, iPad, and Mac when they were available, but with the release of DayOne version 2, the app transitioned to a “classic” and later “retired” status. I bought the iPhone and Mac versions again, but at that point, the app switched to a subscription model, renaming my existing version to “DayOne Plus” and limiting the number of notebooks that could be synced. Around this time, the app also became available for Android, and as the Apple empire started to decline after Steve Jobs’ passing and innovation slowed, I switched to using Android smartphones, specifically Sony z3 and Samsung S9+, follow with Samsung Galaxy A71 5G (in Q4 2022) . With this change, the Android version of DayOne no longer offered a perpetual option and required a subscription for syncing.

I have been using DayOne for many years and have accumulated a significant amount of diary data. Without the ability to sync, the app becomes pointless to use. Therefore, I switched from being a “perpetual customer” who had previously purchased the app, to committing to a continuous subscription plan. I am not writing this to express loyalty to the app, but rather to explain the logical decision that I believe most users would make in this situation.

I have purchased and used JourneyApp (with a perpetual license) for Android and Mac, as well as Evernote and OneNote. Based on my experiences with these apps, I believe that DayOne version 1 was the best so far, with its elegant and minimalist design. DayOne version 2 improved with the addition of support for multiple notebooks and the ability to include multiple pictures in one post. I was willing to pay for a subscription for this version as well. However, when DayOne version 3 was released and all customers were forced to move to it, and DayOne version 2 was discontinued, I encountered a problem. The new format caused issues when syncing from my Mac to Android, as the older version of the app on Android could not edit the new format content. Despite being a paid subscriber, I reached out for support twice, but received the standard response that did not give me a sense of urgency or a timeline for a solution to this problem, making me feel like a “nobody” and that the company was more focused on the continuous subscription revenue than improving the app.

As expected, I made the decision to terminate my continuous yearly subscription plan for DayOne Journal, even though I had paid in advance for a full year. However, I am fine with not using the app for the remaining months as I strongly believe that the app will soon decline in popularity. The reason for my decision is simple: no company can survive when they neglect the very reason why people use their product in the first place. In the case of DayOne, the sudden change in format and lack of syncing with their own products, coupled with the company’s apparent lack of urgency in addressing this problem for users, was unacceptable to me. It’s worth noting that the Mac version of the app works fine, but the problem lies in their weak link, the Android platform, which does not support or sync with the new format, making editing a one-way process. Unless you only work on the android version, it’s fine. But in my case, I needed to edit on my Mac and sync it back. In any case, I am not writing to promote a product I no longer use, but to share my honest user experience.

It is understood that developers today prefer to transition to a subscription model because it provides a more stable revenue stream. However, this can cause challenges for building perpetual products. As a result, developers may not prioritize data syncing in order to ensure that users remain locked into their products, regardless of whether other technologies may be better suited. This is why some sync issues occur, and users are unable to sync for multiple days. From a business perspective, this is understandable, but as a user, I cannot accept a lack of action on known issues. Therefore, my advice is to migrate all data out before it’s too late, as it is better to do so sooner rather than later.

For those who are still satisfied with their use of DayOne Journal, my experience may not be relevant to them. However, for users like myself who have migrated to other platforms and require cross-platform support, it may not be the best option. I found that it works well for those who are still in the pure Apple ecosystem or only use a single product. However, since I have made the switch, it is no longer a concern for me.

I found it easy to export and import my data into JourneyApp without loss, though it is a different product with its own strengths and weaknesses. I had a smooth sync experience from Android to Mac using Google Drive technology. However, what I really wanted was the ability for two-way editing. This is not to say that JourneyApp is better than DayOne or any other similar app. I used to be a subscriber of Evernote for note-taking and making needs, but I stopped using it because they could not keep up with the core features. I switched to OneNote for note-taking and making purposes. Currently, I use both apps for note-taking and journaling needs. In the future, I may consolidate into a single platform, where OneNote has an edge due to its more flexible approach to multiple books, divisions, and sections. However, for now, the main theme of this post is to express that my good time and experience with DayOne is over. This concludes the end of DayOne Journal for me as a user.

I recently stumbled upon an old post I had written on my blog, which I found by searching in Google. I read the post, which I had written two years ago, and it reminded me of my experience with journaling during the COVID-19 pandemic in 2020. During that time, I spent a lot of time reading and writing in old-fashioned, handwritten journals using Japanese Hobonichi Techo. I’ve gone from using the A6 size to the A5 size and make it a daily habit to write in it at least something. Despite knowing that the future of journaling is digital, there is something special about the tangible accomplishment of writing it by hand.

I am certain that handwritten journaling will continue to survive. In the past two years, I ended my use of JourneyApp, despite having a perpetual license, and migrated all my data out. I found the Android phone experience to be good, but the rest of the platforms were not as strong. I also tried using a DayOne classic clone, but it did not meet my needs.

Occasionally, I make use of the Notion app, spending time creating my own workflow, and it has become one of the platforms I use. I believe it is the future-proof technology, as it offers more than just journaling. It can be used for notebooks and almost anything, it’s up to your imagination.

In conclusion, Day One version 1, or what is commonly referred to as Classic, was a solid product that got everything right for its time.

Comparing DayOne to Evernote, DayOne to OneNote, and DayOne, Evernote, and OneNote to each other, it’s clear that these are all products of the past. They are not as flexible as the modern, block-based Notion app, which allows users to customize it to meet their specific needs. This flexibility makes these older generation note-taking and making products seem outdated.

I cannot predict the future, but I am aware of the direction it’s heading towards. The future belongs to a single app that can do it all, and it’s important to choose the right one to avoid the hassle of migrating later on. To be clear, I am not saying that DayOne is gone, but its design as a diary app and limitation to the iOS platform only limits its potential. Adding audio, video, and an endless number of photos would only accelerate the local storage requirements. The reality is that the cloud is the only way to go.

I stumbled upon an idea and decided to put it into practice – exporting my data from DayOne and importing it into Notion. After some adjustments, the result looks great. The attached screenshot is an example of a DayOne journal that I successfully migrated to the Notion app. 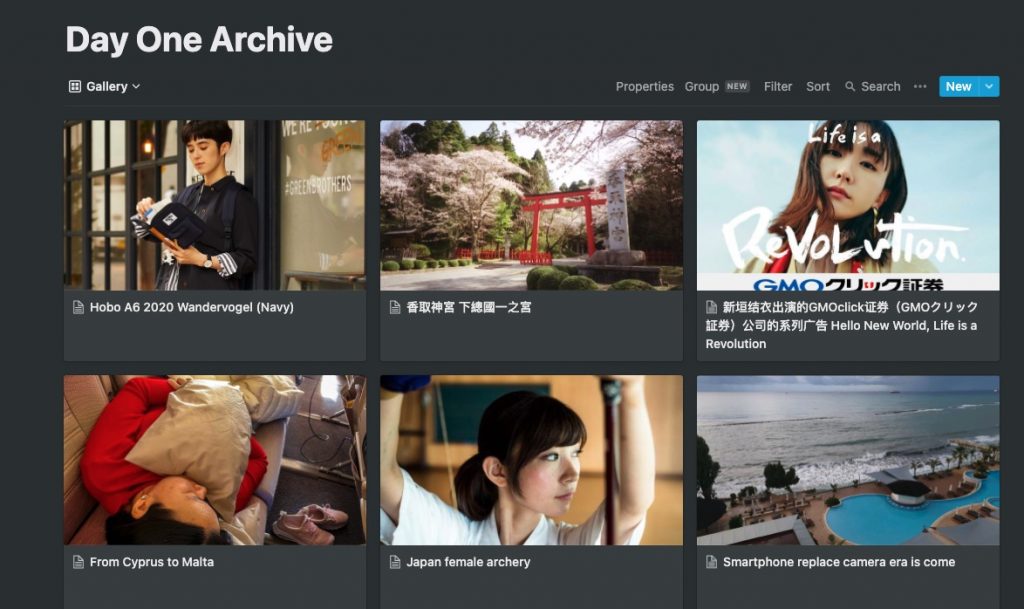 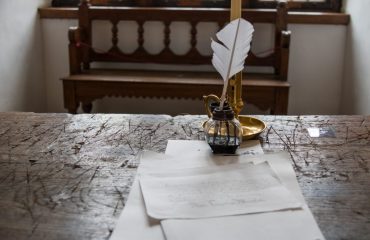 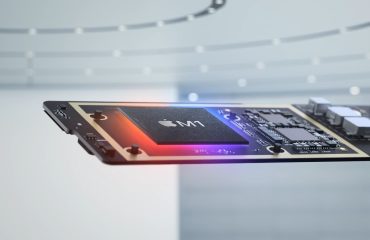